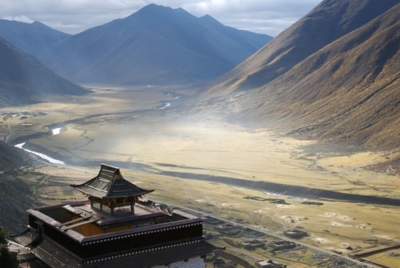 The Guardian 12 nov 2020 |
The Dalai Lama has appealed to world leaders to take urgent action against climate change, warning of ecological destruction affecting the lives of billions and ruining the planet, including his birth country, Tibet.

As a call to action he has brought out a new book declaring that if Buddha returned to this world, “Buddha would be green”.

In an interview for Channel 4 News and the Guardian, the Buddhist spiritual leader spoke from the Indian city of Dharamsala, where he has been exiled for six decades. He warned that “global warming may reach such a level that rivers will dry” and that “eventually Tibet will become like Afghanistan”, with terrible consequences for at least a billion people dependent on water from the plateau “at the roof of the world”.